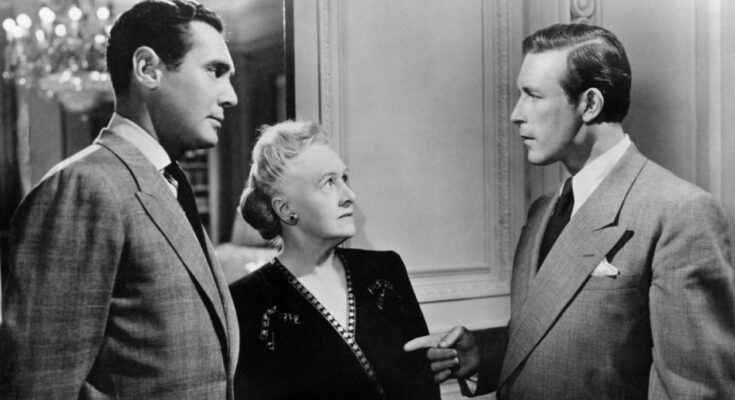 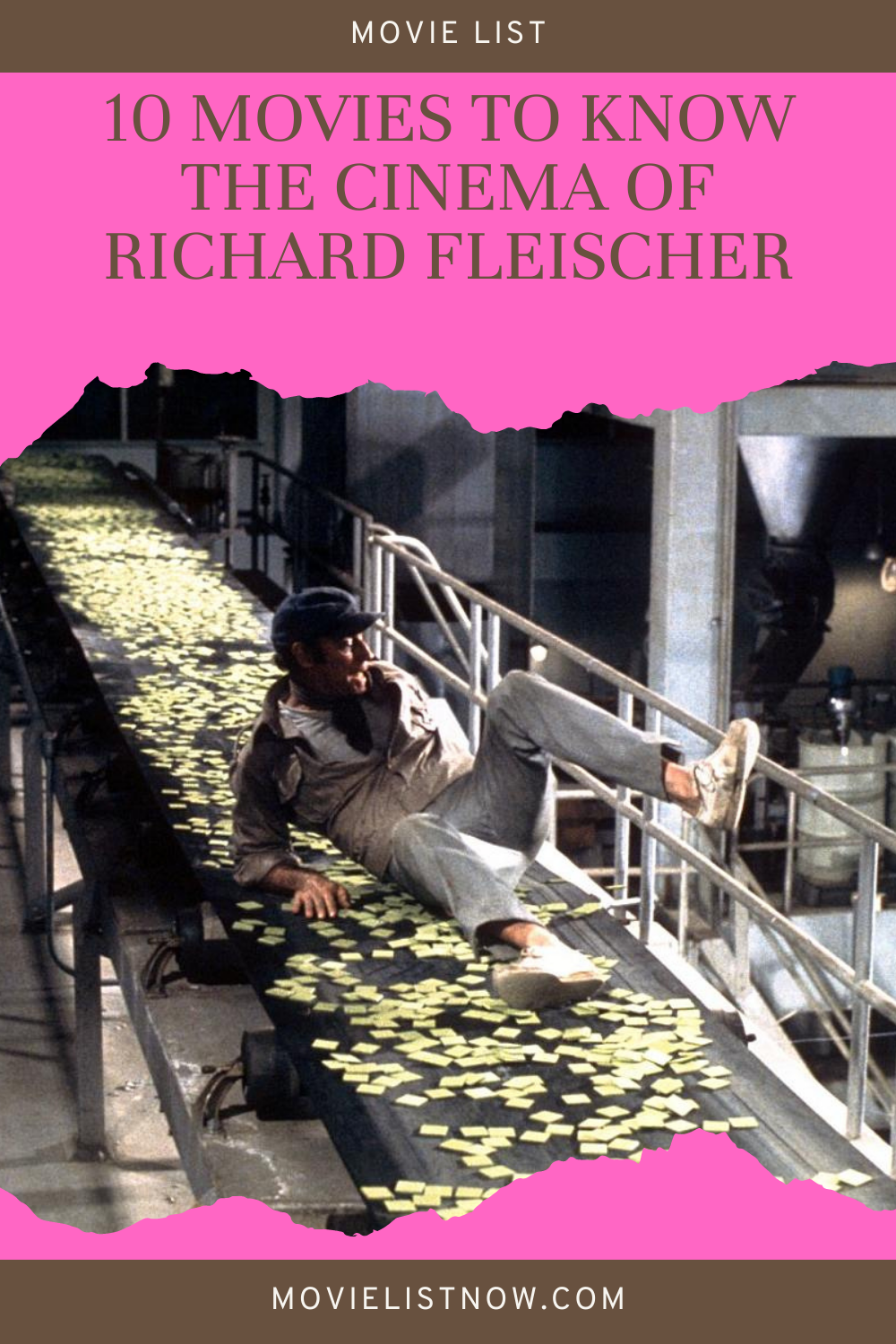 We list the best films of legendary director Richard Fleischer’s career. These are films that capture various periods of the filmmaker’s career, with options in various genres. 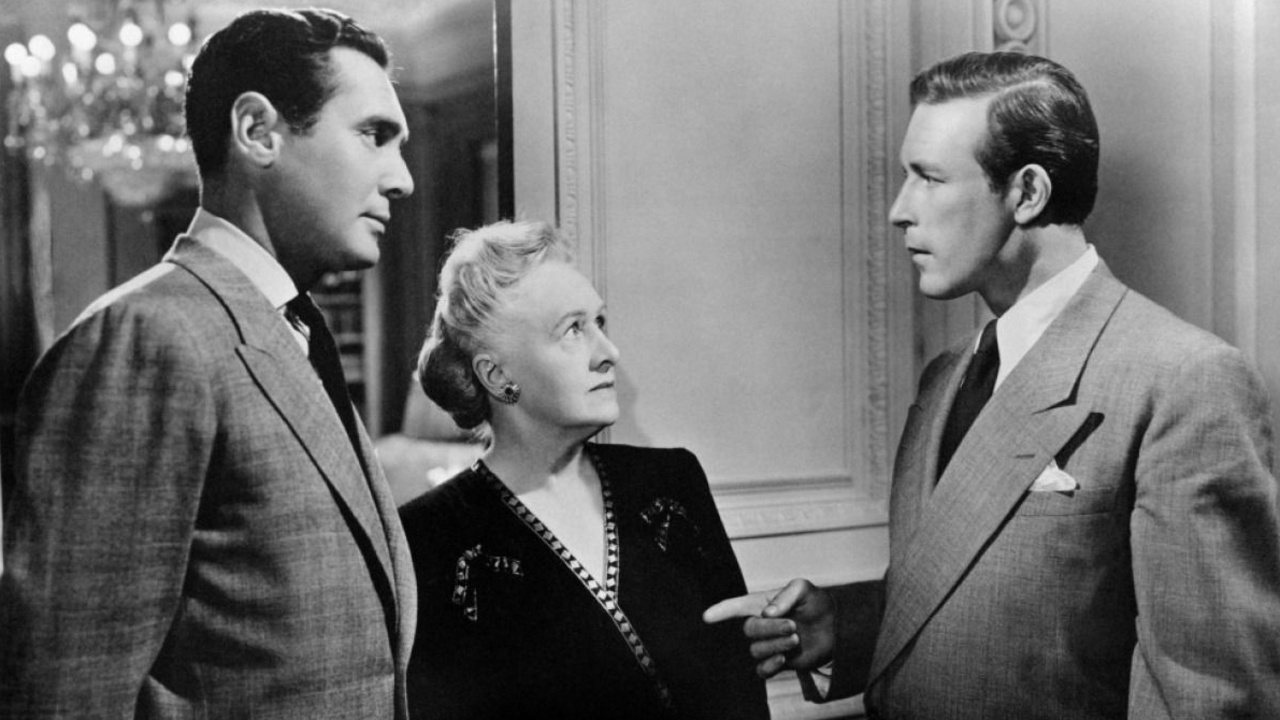 A cop on suspension is framed for murder when he noses in on a murder investigation. A b-noir to watch with Lawrence Tierney.

An idealistic rookie cop joins the LAPD to make ends meet while finishing law school, and is indoctrinated by a seasoned veteran. As time goes on, he loses his ambitions and family as police work becomes his entire life.

1949 thriller about the hunt for a serial killer known as “the Judge” who kills his victims on rainy nights. A great thriller movie.

A former mob getaway driver from Chicago has retired to a peaceful life in a Portuguese fishing village. He is asked to pull off one last job – to drive a dangerous crook and his girlfriend to France.

Three men case a small town very carefully, with plans to rob the bank on the upcoming Saturday, which turns violent and deadly.

In a desperate attempt to get out of debt, career gambler Dan Milner agrees to rendezvous with a mysterious contact at a distant Mexican resort in exchange for $50,000. Upon arriving, Milner meets his fellow guests, including a plastic surgeon, a philandering movie star and his beautiful girlfriend. Soon Milner discovers that the man who hired him may be the ruthless gangster Nick Ferraro – a deported crime boss looking to re-enter the USA. 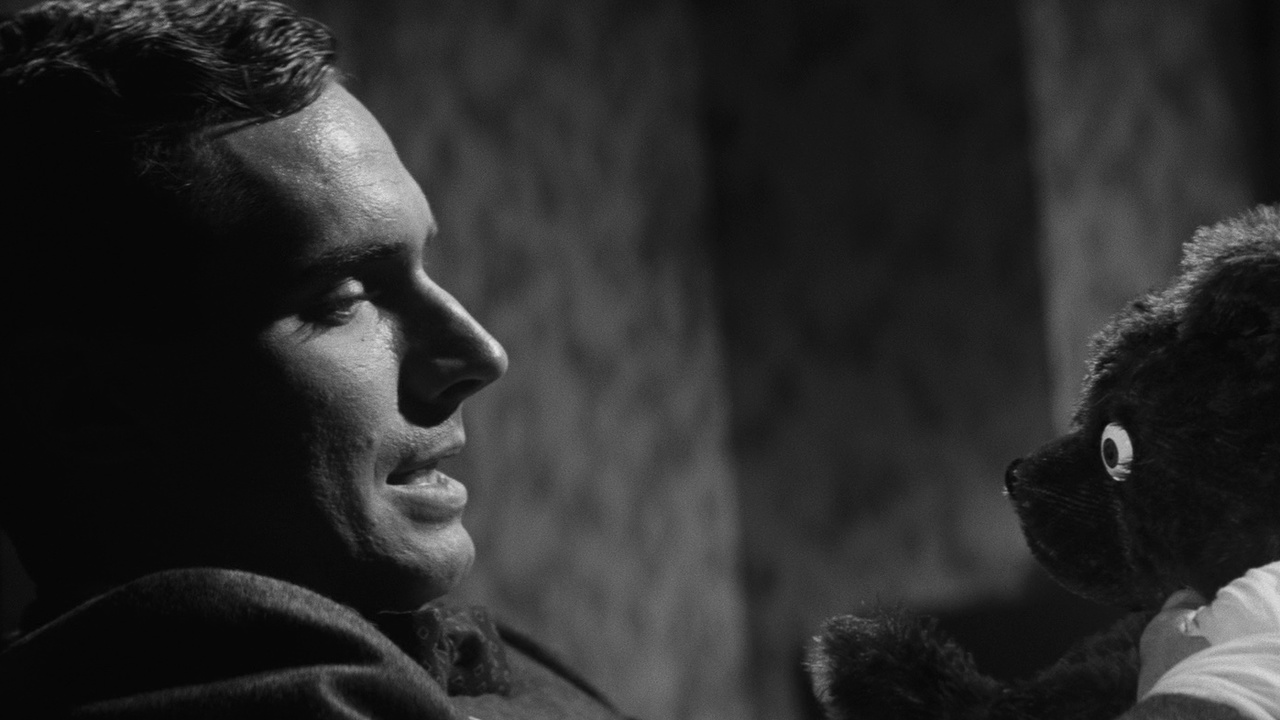 Two close friends kidnap and murder a young boy and are defended in court by a renowned attorney who makes an impassioned plea against capital punishment.

A tough cop meets his match when he has to guard a gangster’s widow on a tense train ride. B-movie reaaly good from 1950’s.

Conan is commissioned by the evil queen Taramis to safely escort a teen princess and her powerful bodyguard to a far away castle to retrieve the magic Horn of Dagoth. Unknown to Conan, the queen plans to sacrifice the princess when she returns and inherit her kingdom after the bodyguard kills Conan. The queen’s plans fail to take into consideration Conan’s strength and cunning and the abilities of his sidekicks: the eccentric wizard Akiro, the warrior woman Zula, and the inept Malak. Together the hero and his allies must defeat both mortal and supernatural foes in this voyage to sword-and-sorcery land.

In an overpopulated futuristic Earth, a New York police detective finds himself marked for murder by government agents when he gets too close to a bizarre state secret involving the origins of a revolutionary and needed new foodstuff.